I think I'm going to do a "Thursday Things" instead of Fridays like most people do... just because I'm SO different and cool. Or I'm a loser for even thinking you care what I like. Regardless, I'm looking for ideas of things to post about and I always think "I need to tell someone about this!!" and here is a platform for me to do that.  :)

I'll just post about one thing a week so I have more weeks to talk about things. And if I realize that I have a gazillion things to share, I'll start doing more than one at a time! How many times do we think I'm gonna say the word things in this post. I'm just reemphasizing (which I almost just started to spell "reimphesizing" before my brain came back into my body... wow) why it must be a Thursday Thing instead of a Friday Fave, apparently. 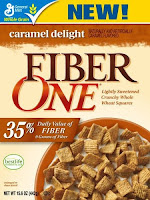 This is my new favorite cereal.  I inherently think it's healthy because it's called Fiber One. And while it does have sugar, it at least also has whole grains and fiber and that's part of the diet I'm going for. Plus, it tastes like a mixture of Golden Grahams and Cinnamon Toast Crunch. Win/Win (Win)... name that TV show. I eat this for breakfast, sometimes for lunch (not on the same day) and occasionally for dinner if Daniel isn't home. I love me some cereal, y'all. *I thought that last part in my head with a twang so I wanted to make sure you thought it the same way.*

And... as an added bonus... every time I see the name, I think "De-waitforit-lightful. Delightful!"  Name that TV show again.  :) 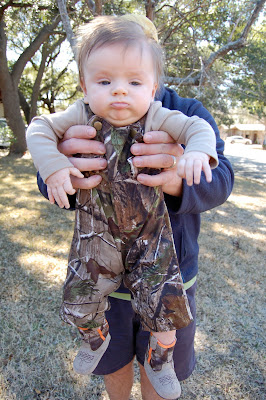 That's my all-time favorite picture of Charlie. And I'll be getting pictures of Charlie for the rest of our lives and it still is and always will be my favorite. Boom.

Charlie is not even mine and I kinda want to print that picture and hang it in my house. He is scrumptious.

The Office.
How I Met your Mother.
Oh, and Charlie is cute too :)

oh my goodness! That pic is so so cute!! LOVE IT! I need more Charlie!!!...AND I am super pumped about trying this new cereal find :)