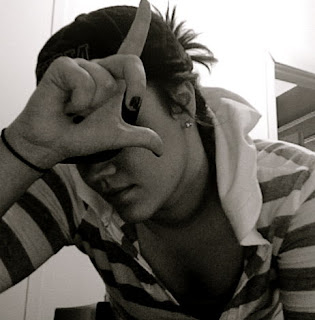 (this is just because I beat Kate AGAIN this year... three years in a row!... in our March Madness brackets. Does she work for the NBA? Did she play basketball for four years in high school? Does she go to the NYC NBA store just for fun sometimes? Is she obsessed with basketball in general? You bet she is. Do I DOMINATE her in March Madness? You bet I do.)
Onward to the point of this blog... Whenever I have a friendly gathering and I want to do fail-proof food, I bust out the old standby... BeckyLozier's Fajitas!

Meat:
- Chicken Breasts
- Flap Steak (NOT Flank Steak, though that's okay too)... Flap Steak, also labeled as "Fajita Meat"
(NOT marinated) at Central Market and Whole Foods
- Frozen Jumbo Shrimp (thaw under cold water, marinate these just for an hour or so, grill in a wok!)

I usually double or triple the marinade recipe if I'm using both chicken breasts and steak. Marinate the marinade overnight or up to 24 hours, marinate the meat itself from morning until the time you are grilling, then grill and serve!

I think it's VERY worth it to go get Chuy's or Taco Cabana for tortillas! OR if you have an HEB, go to the section next to the eggs and biscuits and milk and find the fridge tortillas that you heat on the griddle... because wow.

AND, while you're at it... get some creamy jalapeno at Chuy's because you will never regret eating 16 ounces of this with your friends in one night. I'm not gonna say when or with whom, but it's happened. And it may have happened more than once.

Also, do freshly grated cheese because it's just better, queso (standby Velveeta and Rotel for me!), guacamole, pico, salsas and black refried beans (or pick up the awesome refried beans while you're at Chuy's!)

**Oh, and just for the heck of it, make yourself a margarita using Anejo Tequila (store in the freezer), Cointreau, fresh lime juice, orange juice and Sprite... and enjoy the evening!**
Posted by Liz at 8:33 PM

i can't help it. the jap ranch jumped into my mouth on a chip. what's a girl to do but chew?!

have you ever tried central market tortillas? also wonderful, however if you are going to chuy's for all your other items then I guess one stop is better than two.
So what is the recipe of your margarita? I'm super interested in that one as I want to make mine home made, but fail miserably at my measurements.
As always, Charlie is so cute!

Lea, a friend told me about the CM tortillas the other day and I can't wait to try them!!

I put my silver tequila in the freezer so it's really cold. I use a shot glass for measurements. Pour it all in a martini shaker (or anything you can cover and shake... Mason Jar works, too). Here's the combination:

Shake it all up and pour over ice! SO yummy.